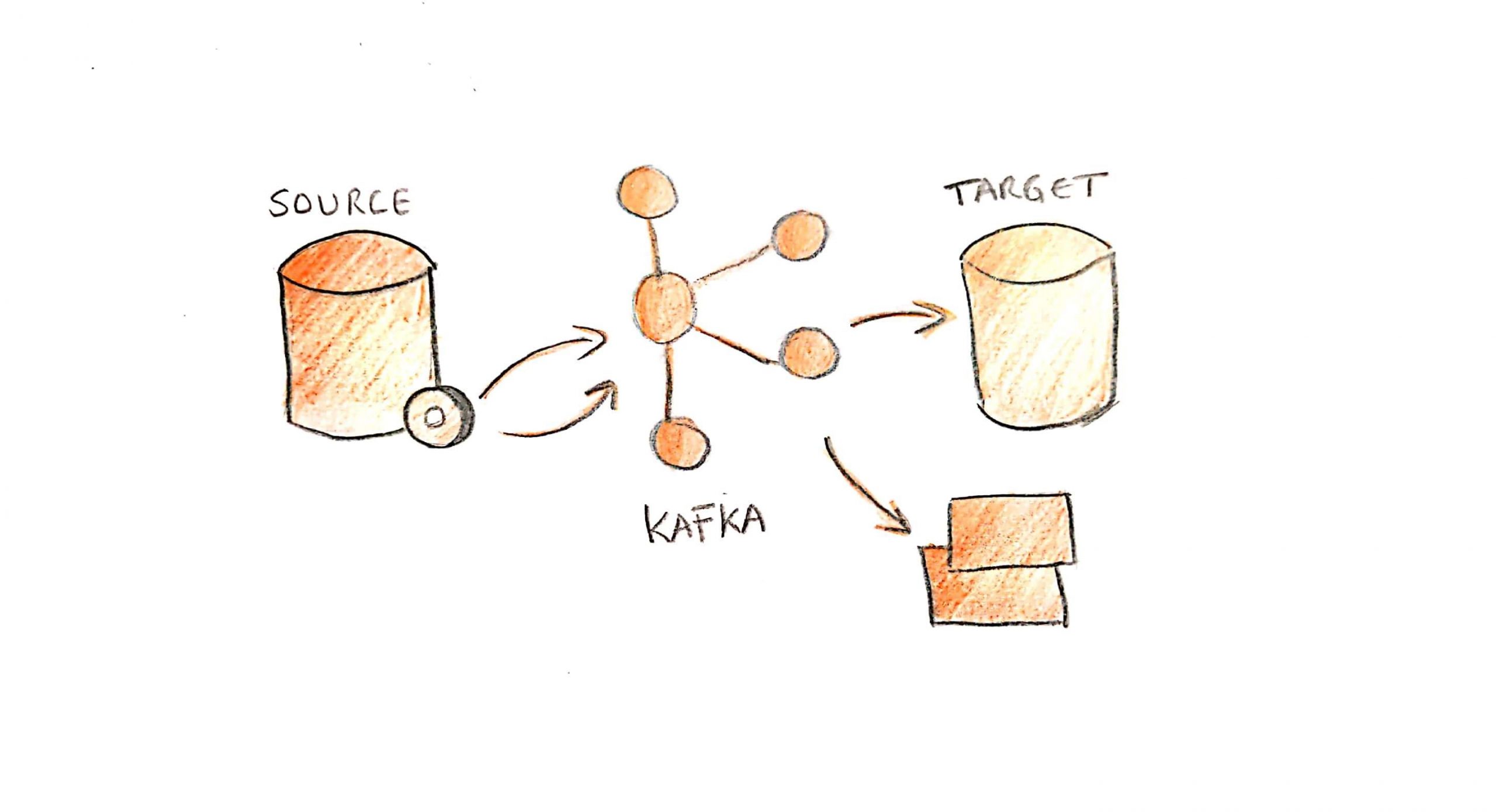 Adopting digital transformation in a company, drives the business to be oriented with real-time data. Some organizations like La Redoute, adopted Apache Kafka® as a distributed message system that can store streams of records in a fault-tolerant and durable way. Even if real-time data is a key point of our business, we still need to live with our legacy systems, measuring what should be re-developed and what should be re-adapted according to the business value. Also, during the digital transformation and while we do not have a complete business oriented central stream of data, how can we move from periodic to real-time data?

Kafka connect is a core component of Apache Kafka that enables streaming integration both in and out of Kafka. It provides scalable and resilient integration between Kafka and other systems such as databases.

Kafka Connect provides a variety of connectors to allow the capturing of CDC events and stream them to Kafka.

CDC are the initials of Change Data Capture and we can define it as a process that monitors and captures the changes on a data source level, creates a stream of those changes and make them available as events, allowing the consumers react to those changes in near real time. CDC uses the database transaction log (no direct access to the database tables) to extract at very low latency and low impact the events that are occurring on the database.

The use case: partial data replication in near real-time between two databases

Implementing part of the system oriented to micro-services, leads us to a particular use-case: how to decouple two systems and prevent them from accessing a single database just to retrieve configuration data.

The main goals were to avoid system dependencies (solution A represented below), improve operations and maintainability, design high system availability and have real-time data, without reimplementing or replicating the existing and complex ETL (Extract-Transform-Load) processes that feeds the first system.

The chosen solution for our use case was a Kafka CDC implementation, plugging a Kafka Connect connector to the initial database, replicating the data to Kafka and sending it to the target database (represented below as solution B).

In our use case we did not want to have a full replica of the initial database, but just to replicate the data that can be consumed in the future by several systems.

Components needed for the implemented architecture

To implement Kafka CDC oriented to PostgreSQL database and to have the events that we wanted in Kafka, we chosen to use the following technologies:

To explain the impacts on the database (represented as Database A on figure 3) and its connection with Kafka Connect, there are two important concepts to understand:

To be able to plug a connector to a database, we should ensure that a logical replication slot exists either created manually or automatically, depending on the output plugin chosen for the solution (wal2json, protobuf or pgoutput).

After deploying Kafka Connect on Kubernetes we chose to use Kafka Connect UI to easily set up the connector and the correspondent tasks that represents how data is copied to or from Kafka. The tasks have no state stored within them as it is stored in Kafka special topics managed by the connector, allowing them to be started, stopped or restarted at any time.

The connector is fault-tolerant and saves the position in the WAL with each event and if it stops for any reason, after restarting it continues reading the WAL from the last event read.

The events produced to those topics follow a pre-defined format:

Monitoring as a key element

Monitoring was a key element to successfully deploying this project in production.

During implementation, it was detected that once the logical replication slot is created, no WAL files will be discarded until they are consumed by Kafka Connect. In other words, the database will crash if space on the WAL folder is exhausted due to no active connector consuming data.

Implementing Kafka CDC will always require a preliminary study of how much space on WAL folder should be adopted to prevent issues in case of Kafka Connect failure.

Even Kafka CDC was the solution implemented for our database replication, we had to deal with some constraints. Kafka connect does not support DDL changes, so changes on database structure needs to be manually coordinated between the two databases.

Also, because we have a topic per table, it’s not possible to guaranty that we will consume the technical events on the order that they were made between topics, so we had to remove the foreign keys of the target database and only maintain the primary keys.

To finish, we should not forget, in case of issue with loss of events, how the consumers will react to the duplicated technical events, if we use the snapshot mode to recover the data lost.

Even Kafka CDC can be very helpful during the transformation trajectory, on La Redoute we prefer to have business events instead technical events. On the use cases where Kafka CDC was the chosen solution to achieve the goal of having an event oriented to business, produced by our legacy system, we always consider the need of an extra consumer to translate the technical event in a business event.

Below there are a set of useful links for Kafka CDC investigation and used as a base for this article: