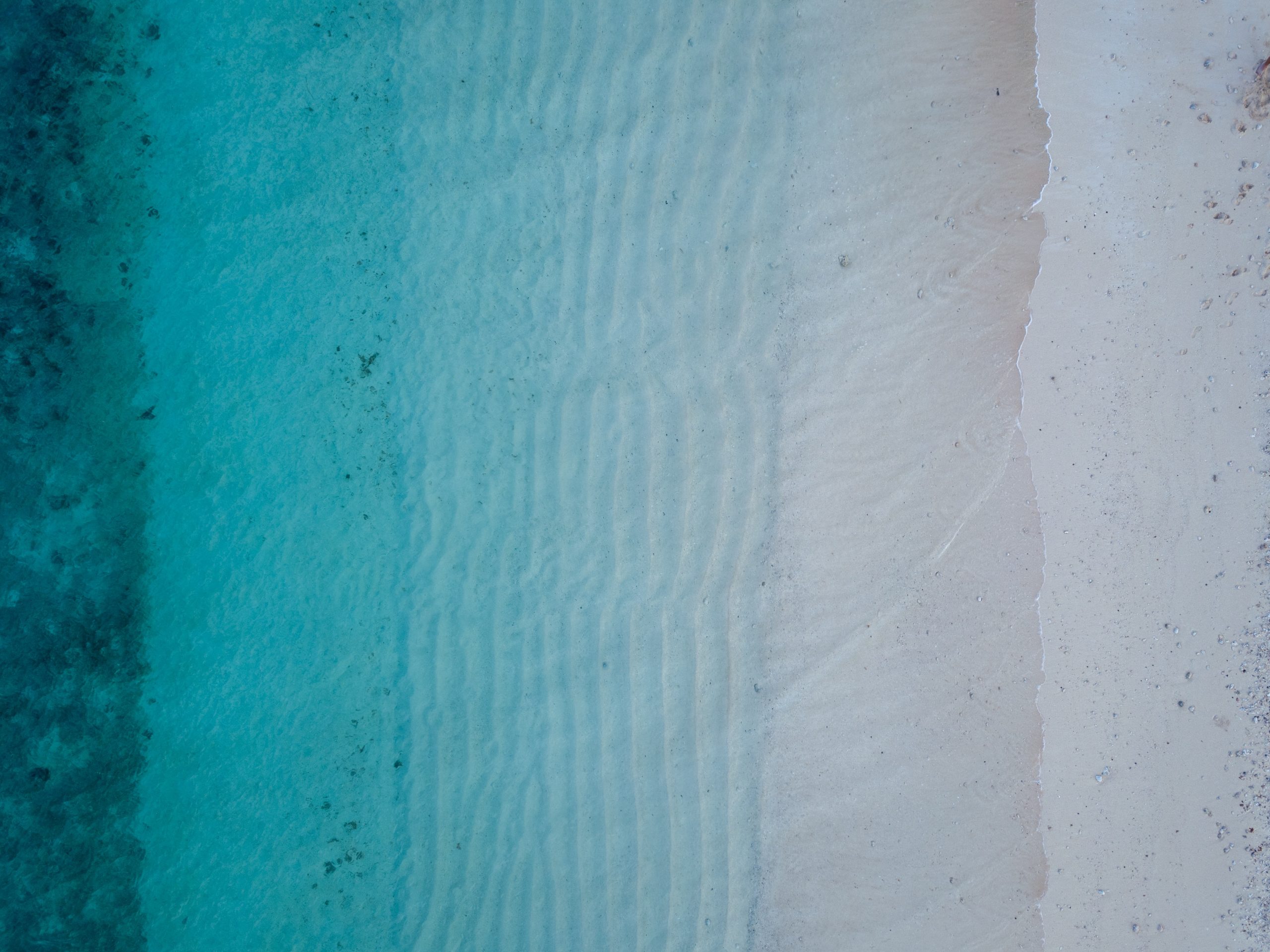 Organisations must continually reinvent themselves to remain competitive in an accelerating ecosystem. This involves upgrading from an existing system to a target system. Since organisations are complex systems, it is necessary to organize and manage these transitions to ensure their achievement and benefit. Let us first define what a transition is, before sharing its execution steps.

#1 Defining transitions to be able to drive them

Managing a transition requires to secure three successive and progressive phases that compose it. The first phase of “Let go” consists in initiating the change, mainly via an alignment and support of the change by the actors of the system. The second is a neutral zone, composed by discomfort and hesitation, swinging between advancing towards the target or returning to the initial state. The final step is to embed the new system, process, and culture in the organisation.

#2 Impulse a shared need for change, known as “Sense of Urgency”

Initiating the transition requires to launch actions to move towards the second phase as a priority. It is therefore necessary to secure several aspects allowing to understand the necessity and urgency of the change, while building a solid project plan.

#3 Identify and include Stakeholders from the beginning

Including stakeholders is key in aligning the common vision, challenges and sharing a sense of urgency. It is therefore necessary to identify and map the stakeholders in a management matrix that will allow actions prioritization. Consult with people having in-depth knowledge of the organization, its culture, and its members to have a solid analysis.

#4 Build a realistic and actionable plan

The scope of the transition must be defined based on a gap analysis between the target and the existing one. Carrying out this work with the identified actors will make the difference in defining a realistic, shared, and actionable plan. Here we must help the teams to take a step back to avoid focusing only on technical aspects: think about new skills and possible training, communication, rituals, processes, documentation, among others.

The breakdown of the macro-planning must be as simple as possible to meet the project objectives within the constraints of scope, time, and quality. It is therefore necessary to evaluate a possible decoupling in stream allowing to parallelize tasks by localized context. Be careful, streams come with an overhead cost of reinforced transversal coordination.

The transition load should not be underestimated. The actors will need time to be trained, to participate in the project. Evaluate temporary reinforcement on operational tasks for critical and responsible actors. Also take a step back from the context of the transition and the specific constraints that may emerge from it. For example, accounting teams will have little availability during monthly, annual or audit closing periods. They must be considered in terms of both planning and risk management.

The budget must reflect the entire scope identified above. Keeping some flexibility with 5% to 10% of non-allocated budget will enable to react quickly in face of unexpected events. If the project expects direct financial gains during its execution, cash flow monitoring will be necessary. At this stage, take a step back from various indirect costs of the transition: travel, communication, training. If certain services must be contracted, do not underestimate the time required for their formalization, negotiation, and signature.

The organization of the team can start once these elements are clarified. Carrying out most of this face-to-face work with the various actors will help promote adhesion to the project while speeding up the team’s norming and storming phases, which are the keys to pass in this phase. A global presentation of the project followed by individual interviews and group workshops on the vision will allow to gather as much information as possible, demonstrate empathy while involving the actors.

Organizing a RACI workshop with the teams will clarify the main expectations and interactions between actors. A useful workshop is about risk management so that teams better incorporate the project and share any fears and objections more openly. Certain specific points must also be addressed for effective collaboration: shared documentation portal, communication tools, language to use, acronyms.

Project governance supports the management of the transition plan and the adjustments necessary for its implementation. A steering committee every 2 to 4 weeks depending on the context will align the main stakeholders. In terms of project teams, the synchronizations must be adapted according to the phases. As a start-up, encourage team workshops to evolve into weekly rituals depending on the organization of the project. Having daily points will make it possible to limit and prioritize the tasks in progress and identify the limiting factors to be removed in the execution. These actions will make it possible to secure an exit from the first to the second pivotal and intermediate phase.

The latter requires different actions to smooth and accelerate the passage to the target. Maintaining the defined governance is a key pillar of this phase. This is where leadership, persistence, tenacity, creativity will keep a system moving towards the target.

Working in pilot and double-run mode are common practices to guarantee a gradual climb while controlling the risks. A passive observation phase following the transfer of knowledge often precedes a transition to an active one, where support from the existing teams remains necessary. Implement a performance monitoring during this period using metrics to monitor the real support and quality of the service provided versus the defined objectives.

#8 Maintain and adapt the governance as necessary

Steering committees are important moments of alignment and adjustment to the reality of the context. The presence of sponsors and stakeholders must be secured in this instance. Sharing a factual, realistic status and clear proposals to the problems identified will make it possible to defuse the risks encountered as soon as possible. It will be necessary to know how to argue and sometimes say no to certain requests, while demonstrating understanding and follow-up regarding the expressed need. Preparing the steering committee with the project teams will also make the difference in empathy, alignment, and quality of the project vision.

In relation to the team, secure the execution of the defined instances without hesitating to adapt them according to the context and the experience. Organizing monthly retrospectives also helps to continuously improve the project execution. As a transition manager, having formal or informal individual points by reusing the stakeholder management matrix will make it possible to secure the transition. Maintaining regular and proactive communication will keep the project visible and shared with less impacted stakeholders, while reinforcing its importance for the team.

The planning should be updated, preferably in a collaborative manner, in line with the main deadlines of the project. Knowing how to update priority lists is a major point of attention: complexity and unnecessary tasks will naturally tend to add up. We must take the necessary step back and systematize this analysis by the various actors. Prioritization of actions must be focused on value addition and the critical path.

#9 Consolidate the transition by anchoring the target

The move towards consolidating change will happen naturally and gradually by setting up feedback mechanisms aligned with the target. These can be of a formal nature such as the adaptation of remuneration, bonus, or promotion systems. They can also be more pragmatic and informal: an overall presentation of the project team’s successes, oral or written recognition, a sense of progress and personal development. Knowing how to celebrate and recognize contributions will formalize the passage of stages and progress.

The actors must fully take their place in the consolidating system. The responsibility for the transition manager is to adapt his support and delegation according to profiles and subjects. The use of KPIs and metrics will support and validate the results of the transition.

#10 Step back, driving transitions is a complex process

In view of these elements, transitions are often complex changes that deserve a structured organization to ensure their success. Each phase requires special attention and focus, hence the need to take a step back in its execution.

Investing time and necessary actions in the first step are a key success factor to align the actors, current visions, and targets to have real adherence to the solidly defined plan. Neglecting these actions will add high risks which will manifest later by delays, additional costs, conflicts, … The second phase mainly requires maintaining the rituals, limiting the complexity, and adapting the plan to reality. It requires real leadership on the part of the interim manager who must also rely on the strengths of the project team, its members, and the sponsors. Consolidation towards the target requires a gradual adaptation of the mechanisms supporting it. A balance between maintaining a dynamic project while establishing the target must be found to anchor the target system.

Multidisciplinary is important in the execution of transitions. Various skills are necessary and complementary: project management, operational, human, system thinking, LEAN, among others. A good transition manager must be able to adapt to various realities and adapt his approach and tools. A good knowledge of the sector, organisation and technical context will also allow a better appreciation of the context.