Our DNS platform: Back to the future 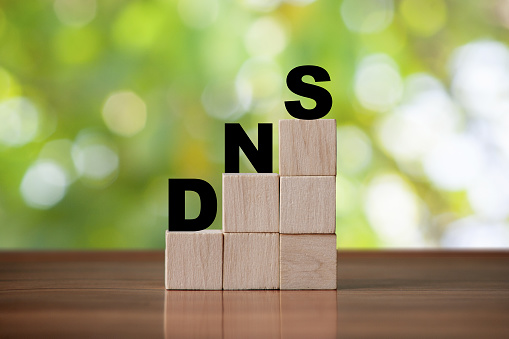 The DNS, is so simple and yet so complicated and misunderstood. First things first, what is the DNS? Simply speaking, think of it as a phone book. An infrastructure, however robust, could be disturbed by the smallest misstep. Do you remember the last Facebook outage in October 2021? Following a network problem, Facebook “lost” its DNS servers, which made Facebook, Instagram, and Whatsapp inaccessible for a few hours. In this article, we will share our journey to make our DNS platforms more robust and usable.

From these 800++ domain names, ~180 were no longer used, but due to an unintuitive interface, the cleaning had not been done for a long time. The same was true for web redirections and DNS entries.

On the private DNS side, the platform is quite simple but still with the same limitations, errors and experiences.
Lots of obsolete entries, private IPs that end up on public domains (sysops, I know what you are thinking right now, but hey, the same problem on your side, right?), APIs are not necessarily usable, complete and/or up to date.

First of all, we have to keep in mind that at La Redoute, we are not intended to do IT, our job is to do e-commerce, so this service must therefore be offered off the shelf as much as possible.

Following this observation, some needs were identified for the public and private parts:

For the public platform part, there were additional needs to be addressed:

TL;DR registrar: We changed our registrar and in the process, it allowed us to save a significant amount of money for equivalent services.

Automation but which tools?

Coding an overlay to an API was quickly discarded because it means having to do it for each provider that we would like to use and also to maintain it.
A shortlist of libraries/tools remained:

Terraform is already widely used within technical teams; this choice would have been wise and quick to implement.
However, the chosen tool also had to be usable by non-technical teams if we wanted a full adoption of it.
It also needed the possibility of interfacing with other tools used internally (Terraform, Ansible, puppet, ExternalDNS, …).
That said, exit Terraform, denominator, dnscontrol, and lexicon.

After various phases of PoC, the choice turned to octoDNS (and spoiler alert, we will see that it has proven to be very useful with the new roadmap of the company).

The pretty cool thing about octoDNS is its full YAML side. Everyone is or can be able to read, understand and write YAML files.Add some GitOps sauce, add the GitLab pipelines, and well-written documentation and we have found our happiness.

octoDNS is a project written in python that supports a multitude of DNS providers, and this is practical.

We chose the PowerDNS approach as a backend for our IaC tools because, you know, who wants to update a YAML file using terraform?

And this is what it looks like for the customer:

It has been 1 year since the migration of public DNS was initiated, and it tends to end soon. What caused the most problem was the migration of “exotic” TLDs – between the goodwill of the former registrar and the multitude of administrative documents to be provided or even notarized.

octoDNS has been very well received by technical and non-technical teams who use it. The job is done with proper documentation on how to use the GitLab webIDE and how to create an MR for using our deployment processes.

From a day-to-day perspective, there is no real saving time handling a DNS zone; the time saved must be 2/3 minutes at most.
The big change comes from the time saved during mass modifications of DNS zones, and this is a real game-changer. The fact of also being able to trace the changes and have a history of changes is a big plus. We can achieve that at La Redoute with the GitOps workflow and the Jira tool.

The process to create/update/delete a domain zone or a record zone is the following:

The use of octoDNS also allowed us to start on the project of automatic renewal of public SSL certificates that are not held by LetsEncrypt.

Since the implementation and use of this workflow on public domains, octoDNS, and its stack have also been put into production for our private DNS infrastructure.

octoDNS, therefore, acts as a conductor for our various private DNS providers, whether on-premise or with a cloud provider.
And since a few days and the new roadmap, we know that it was a good choice and that it will save us a lot of time because we are migrating from one cloud provider to another.
On the DNS platform side, it will be quite simple: define the new provider to octoDNS, create your MR, grab a coffee, and voilà!